The world we all want

Many of us are motivated by the hope of a better future – for ourselves, our loved ones and our world. Where do people you know look for motivation and hope? How hopeful do you feel about the future? 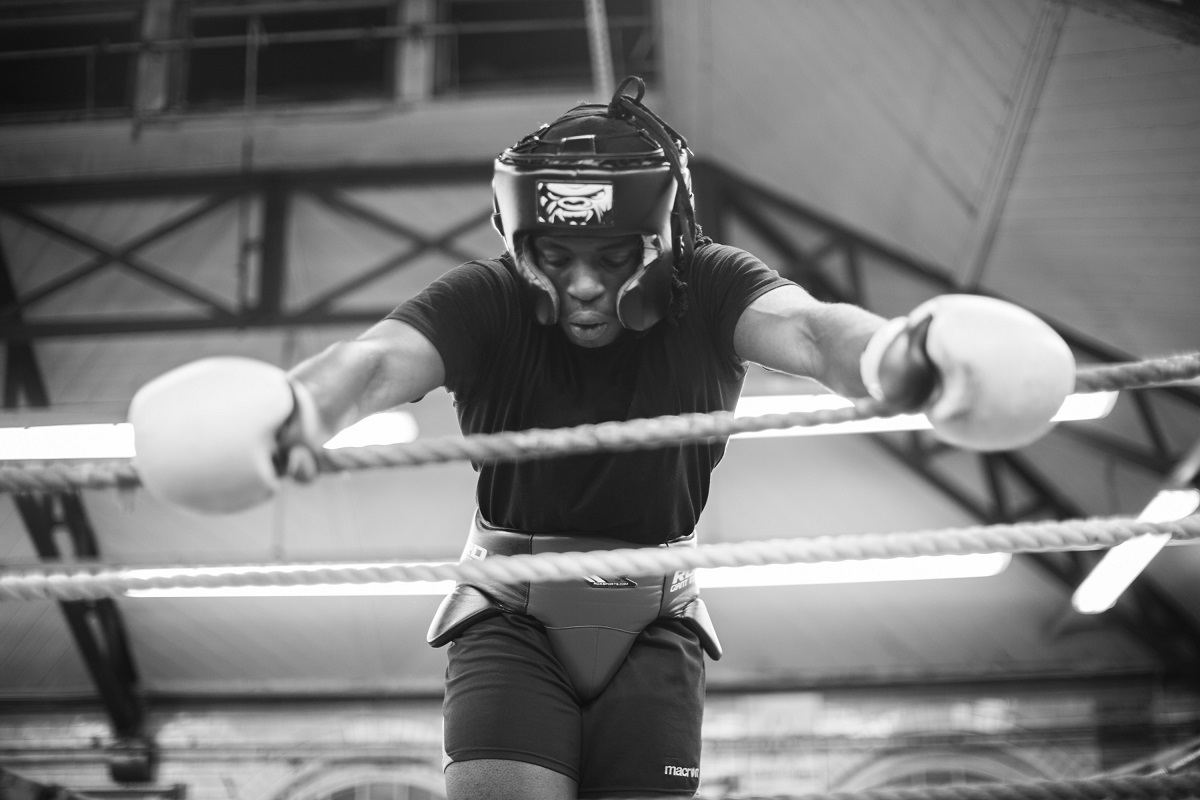 Mark was writing from the great city of Rome in the second half of the first century.

He was part of a small, persecuted Jewish sect known dismissively at the time as ‘the Galileans’.

People saw them as followers of a nobody religious teacher from nowhere of any significance.

Yet Mark starts his short biography of this religious teacher with a remarkably bold claim. In words carefully chosen to strike both his Jewish and his pagan readers, he opens:

‘The beginning of the good news about Jesus the Messiah, the Son of God’ (Mark 1:1)

To the Romans, the term ‘gospel’ (literally ‘good news’) was familiar political jargon. It was used when announcing great historic moments such as when emperors came to power. For the Jews, the word was even more loaded.

It recalled ancient hopes of a future time when God himself would come as king to bring healing, justice and liberation to a broken world.

Mark wants his readers to be in no doubt about the world-changing significance of what he is claiming about Jesus. According to Mark, the world rulers are nothing in comparison to this Jewish Galilean teacher. In Jesus, God himself has come into the world to make things right.

It seemed then, as it seems now, utterly outrageous. What compelled Mark and the other Galileans to make this remarkable claim? Why were they even willing to die at the hands of the Romans because of it? What could they have seen that led them to believe that Jesus was the Son of God?

This is what Mark will help us uncover as we consider his Gospel.

Mark’s first chapter is fast-paced. It reads almost like a notebook. He describes events as snapshots that together begin to build a picture.

We’ll read a section and then pause for breath.

14 After John was put in prison, Jesus went into Galilee, proclaiming the good news of God. 15 ‘The time has come,’ he said. ‘The kingdom of God has come near. Repent and believe the good news!’

16 As Jesus walked beside the Sea of Galilee, he saw Simon and his brother Andrew casting a net into the lake, for they were fishermen. 17 ‘Come, follow me,’ Jesus said, ‘and I will send you out to fish for people.’ 18 At once they left their nets and followed him.

19 When he had gone a little farther, he saw James son of Zebedee and his brother John in a boat, preparing their nets. 20 Without delay he called them, and they left their father Zebedee in the boat with the hired men and followed him.

Jesus drives out an impure spirit

21 They went to Capernaum, and when the Sabbath came, Jesus went into the synagogue and began to teach. 22 The people were amazed at his teaching, because he taught them as one who had authority, not as the teachers of the law. 23 Just then a man in their synagogue who was possessed by an impure spirit cried out, 24 ‘What do you want with us, Jesus of Nazareth? Have you come to destroy us? I know who you are – the Holy One of God!’

25 ‘Be quiet!’ said Jesus sternly. ‘Come out of him!’ 26 The impure spirit shook the man violently and came out of him with a shriek.

27 The people were all so amazed that they asked each other, ‘What is this? A new teaching – and with authority! He even gives orders to impure spirits and they obey him.’ 28 News about him spread quickly over the whole region of Galilee.

29 As soon as they left the synagogue, they went with James and John to the home of Simon and Andrew. 30 Simon’s mother-in-law was in bed with a fever, and they immediately told Jesus about her. 31 So he went to her, took her hand and helped her up. The fever left her and she began to wait on them.

32 That evening after sunset the people brought to Jesus all who were ill and demon-possessed. 33 The whole town gathered at the door, 34 and Jesus healed many who had various diseases. He also drove out many demons, but he would not let the demons speak because they knew who he was.

What are your immediate impressions of what you’ve just read? What confuses, interests or disturbs you?

Jesus enters the public stage with an announcement about something he calls the ‘kingdom of God (verse 15).

What do you think Jesus could have meant by his phrase ‘the kingdom of God’? What might he mean by saying it is ‘near’? Why might it be such good news?

Mark will continue to explore this theme but, whatever he means, Jesus says that the appropriate response is to repent and believe. To ‘repent’ is to do a U-turn in your mind. Jesus’ announcement is of such significance that it requires a radical change of priorities from those who hear it. The next snapshot (verses 16–20) shows us just such a response.

How easy do you find it to make sense of the actions of these four fishermen? They left their families, professions and homes to follow Jesus. What could have caused them to take this step, which seemed so reckless?

What does it suggest about Jesus that he is able to command such a response?

Jesus next visits the small town of Capernaum on the Sea of Galilee (verses 21–34).

The word translated ‘amazed’ includes fear and alarm. What provoked this reaction to Jesus?

In that day, ‘authority’ came from being royal or divine. What do you think caused people to describe Jesus as one who taught with authority (verse 22)?

That evening the ‘whole town’ came to where Jesus was staying (verses 32–34). Can you understand what attracted people to Jesus? Do you think you would have been drawn to him?

Throughout the early chapters of his Gospel, Mark presents us with a person around whom extraordinary things seem to happen. With a word from Jesus, sickness left people and those in spiritual bondage were set free. Yet intriguingly, in this next snapshot, we begin to see that Jesus is not comfortable with his growing reputation for miracles.

Jesus prays in a solitary place

35 Very early in the morning, while it was still dark, Jesus got up, left the house and went off to a solitary place, where he prayed. 36 Simon and his companions went to look for him, 37 and when they found him, they exclaimed: ‘Everyone is looking for you!’

38 Jesus replied, ‘Let us go somewhere else – to the nearby villages – so that I can preach there also. That is why I have come.’ 39 So he travelled throughout Galilee, preaching in their synagogues and driving out demons.

Jesus heals a man with leprosy

40 A man with leprosy came to him and begged him on his knees, ‘If you are willing, you can make me clean.’

41 Jesus was indignant. He reached out his hand and touched the man. ‘I am willing,’ he said. ‘Be clean!’ 42 Immediately the leprosy left him and he was cleansed.

43 Jesus sent him away at once with a strong warning: 44 ‘See that you don’t tell this to anyone. But go, show yourself to the priest and offer the sacrifices that Moses commanded for your cleansing, as a testimony to them.’ 45 Instead he went out and began to talk freely, spreading the news. As a result, Jesus could no longer enter a town openly but stayed outside in lonely places. Yet the people still came to him from everywhere.

Simon and friends are clearly very excited about Jesus’ sudden popularity (verse 37). How does Jesus’ attitude contrast with theirs?

When Jesus heals the man with leprosy, he gives him a strong warning not to tell anyone (verses 43–44). Earlier when Jesus cast out demons he silenced them ‘because they knew who he was’ (verses 25 and 34).

Do you find this surprising? Why do you think Jesus is being so secretive about who he is and what he can do?

Jesus’ announcement of the coming ‘kingdom of God’ is followed by an outbreak of miraculous healings. These aren’t simply impressive demonstrations of power; in fact, Jesus was reluctant to draw attention to them. They are rather to be seen as signs of a damaged world being restored; foretastes of how things will be when God is king. One writer puts it like this:

‘Jesus’ healings are not supernatural miracles in a natural world. They are the only truly “natural” thing in a world that is unnatural, demonized and wounded.’

How do you view the claim that our world is not as it should be?

What do you imagine ‘the world we all want’ would look like?

What questions does Mark’s opening chapter leave you with?

Got questions about miracles?