“We stand on the shore of an ocean, crying to the night and the emptiness; sometimes a voice answers out of the darkness.  But it is a voice of one drowning; and in a moment the silence returns.”
- Bertrand Russell

What do you think Russell is trying to say about human experience? Have there been times in your life when the universe has seemed to you especially dark, empty and silent? 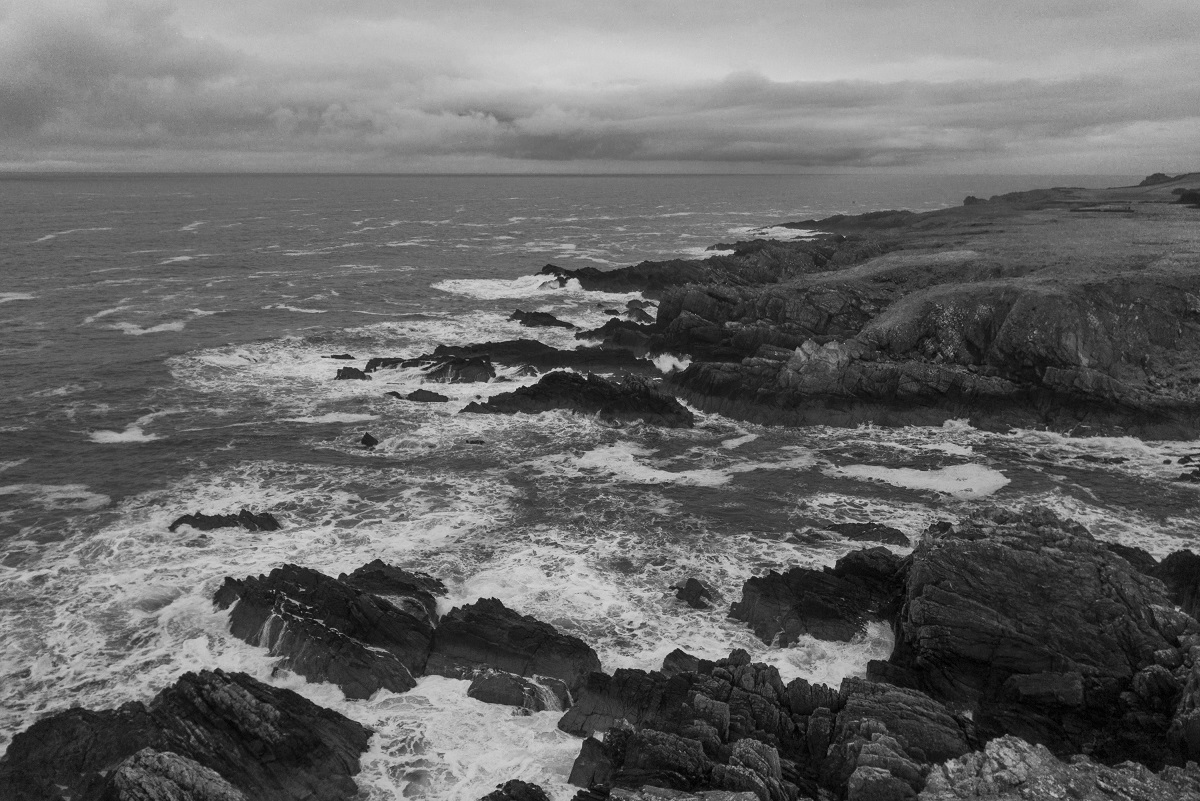 After the verdict of blasphemy was agreed, Jesus was beaten, bound and handed over to the Romans.

The Roman governor found no reason to condemn Jesus and tried to release him as part of an annual custom, but the crowds, stirred up by the priests, instead chose a murderer named Barabbas. Jesus was condemned to be crucified and Barabbas went free.

Crucifixion was a slow, degrading and agonising method of execution, involving what would today be described as extreme physical, sexual and mental humiliation and abuse. Mark records what happened with brutal simplicity letting the events speak for themselves.

Yet, although Mark doesn’t comment on what happened, it is clear that he has carefully selected and ordered the details he records.

As we take note of these details, we see that behind the awful violence of the crucifixion there is a deeper, and even darker, significance to what is going on.

16 The soldiers led Jesus away into the palace (that is, the Praetorium) and called together the whole company of soldiers. 17 They put a purple robe on him, then twisted together a crown of thorns and set it on him. 18 And they began to call out to him, ‘Hail, king of the Jews!’ 19 Again and again they struck him on the head with a staff and spat on him. Falling on their knees, they paid homage to him. 20 And when they had mocked him, they took off the purple robe and put his own clothes on him. Then they led him out to crucify him.

The crucifixion of Jesus

21 A certain man from Cyrene, Simon, the father of Alexander and Rufus, was passing by on his way in from the country, and they forced him to carry the cross. 22 They brought Jesus to the place called Golgotha (which means ‘the place of the skull’). 23 Then they offered him wine mixed with myrrh, but he did not take it. 24 And they crucified him. Dividing up his clothes, they cast lots to see what each would get.

25 It was nine in the morning when they crucified him. 26 The written notice of the charge against him read: the king of the jews.

27 They crucified two rebels with him, one on his right and one on his left. 29 Those who passed by hurled insults at him, shaking their heads and saying, ‘So! You who are going to destroy the temple and build it in three days, 30 come down from the cross and save yourself!’ 31 In the same way the chief priests and the teachers of the law mocked him among themselves. ‘He saved others,’ they said, ‘but he can’t save himself! 32 Let this Messiah, this king of Israel, come down now from the cross, that we may see and believe.’ Those crucified with him also heaped insults on him.

Jesus was constantly taunted and mocked as he was crucified. Who was involved? What was the content of their mockery?

Why do you think Mark chooses to record the mockery in such detail? What is the irony in much of what is said, considering what we’ve learned about who Jesus is and why he came?

Jesus will later cry out words taken from the beginning of an ancient poem from the Hebrew Bible (verse 34). In Psalm 22, the writer speaks of his complete defeat and powerlessness:

‘I am a worm and not a man, scorned by everyone, despised by the people. All who see me mock me; they hurl insults, shaking their heads…I am poured out like water, and all my bones are out of joint; my heart has turned to wax; it has melted within me. My mouth is dried up…my tongue sticks to the roof of my mouth; you lay me in the dust of death. Dogs surround me; a pack of villains encircles me; they pierce my hands and feet. All my bones are on display; people stare and gloat over me. They divide my clothes among them and cast lots for my garment.’

What similarities are there between these words and what is happening to Jesus? What insights into his experience does Jesus offer us by quoting from this poem?

The death of Jesus

35 When some of those standing near heard this, they said, ‘Listen, he’s calling Elijah.’

36 Someone ran, filled a sponge with wine vinegar, put it on a staff, and offered it to Jesus to drink. ‘Now leave him alone. Let’s see if Elijah comes to take him down,’ he said.

Between midday and 3pm darkness fell over the land. The Jewish prophets understood darkness during daytime as a potent symbol of God’s judgement.

Consider the darkness and Jesus’ cry. What insight might they give us into Jesus’ experience of God as he hangs on the cross?

Some people watching misinterpreted ‘Eloi’ as referring to Elijah the prophet and thought Jesus was praying for rescue (verse 35). Many considered that, if Jesus really was innocent, God would save him. To extend the experiment they gave him a drink, but no help came.

Through Mark’s account Jesus has demonstrated his power to save others from sickness, evil and even death. Why then didn’t he save himself? Was it just the nails that kept him there?

37 With a loud cry, Jesus breathed his last.

38 The curtain of the temple was torn in two from top to bottom. 39 And when the centurion, who stood there in front of Jesus, saw how he died, he said, ‘Surely this man was the Son of God!’

40 Some women were watching from a distance. Among them were Mary Magdalene, Mary the mother of James the younger and of Joseph, and Salome. 41 In Galilee these women had followed him and cared for his needs. Many other women who had come up with him to Jerusalem were also there.

The temple was sub-divided by massive curtains up to 30 metres high. One great curtain separated the main part of the temple from the inner sanctum, the most holy place, which only the high priest could enter one day a year. Another curtain introduced separate sections for women and Gentiles (non-Jews). These curtains were powerful reminders of God’s separateness and hiddenness.

As Jesus dies, crying out in his isolation from God, the curtain of the temple rips from top to bottom. What might this signify?

Contrast the centurion with everyone else around the cross. What does he somehow see that others can not? What might cause him to come to this conclusion?

The priests had challenged Jesus to come down from the cross so that they might ‘see and believe’ (Mark 15:32). Yet remarkably, at the very moment of Jesus’ death, a hardened Roman centurion sees and believes what no one else in the entire Gospel has been able to. This man, whose body now hung lifeless and disfigured, was the Son of God.

Mark twice pauses in his account of events to record the names of those who witness the events (see also 15:21). Why do you think he does this?

At the end, it is a Gentile and a group of women who stand as witnesses of Jesus’ death. In your view, why might Mark pay particular attention to this fact?

Writing just after the horrors of the First World War, Edward Shillito composed a famous poem named Jesus of the Scars. The final verse reads:

‘The other gods were strong; but Thou wast weak;
They rode, but Thou didst stumble to a throne;
But to our wounds only God’s wounds can speak,
And not a god has wounds, but Thou alone.’

The Gospels consistently present the cross as an unveiling of who God really is.

If Jesus really is God as the centurion came to believe, what does the cross reveal to us about what God is like?

How might knowing that ‘God has wounds’, speak to our own experiences of pain and aloneness?

On the cross, Jesus was not only identifying with us in our experiences of pain and loneliness, he was substituting himself for us. As he had said (10:45), he came to ‘give his life as a ransom for many’ – Jesus was putting himself where we should be so that we could be forgiven. Dying in agony, alone in the dark, Jesus was forsaken by his Father so that we would never have to be. Though he had lived entirely for others, instead of us, he was facing the terrible isolation that will ultimately come from living for ourselves.

How do you feel about the possibility that Jesus suffered what he did in your place?

Got questions about the cross?