Only human after all

We commonly excuse our moral weaknesses or failures by saying ‘We’re only human’.

What do we mean by this? Why do you think people so often fall short of their own standards and ideals? 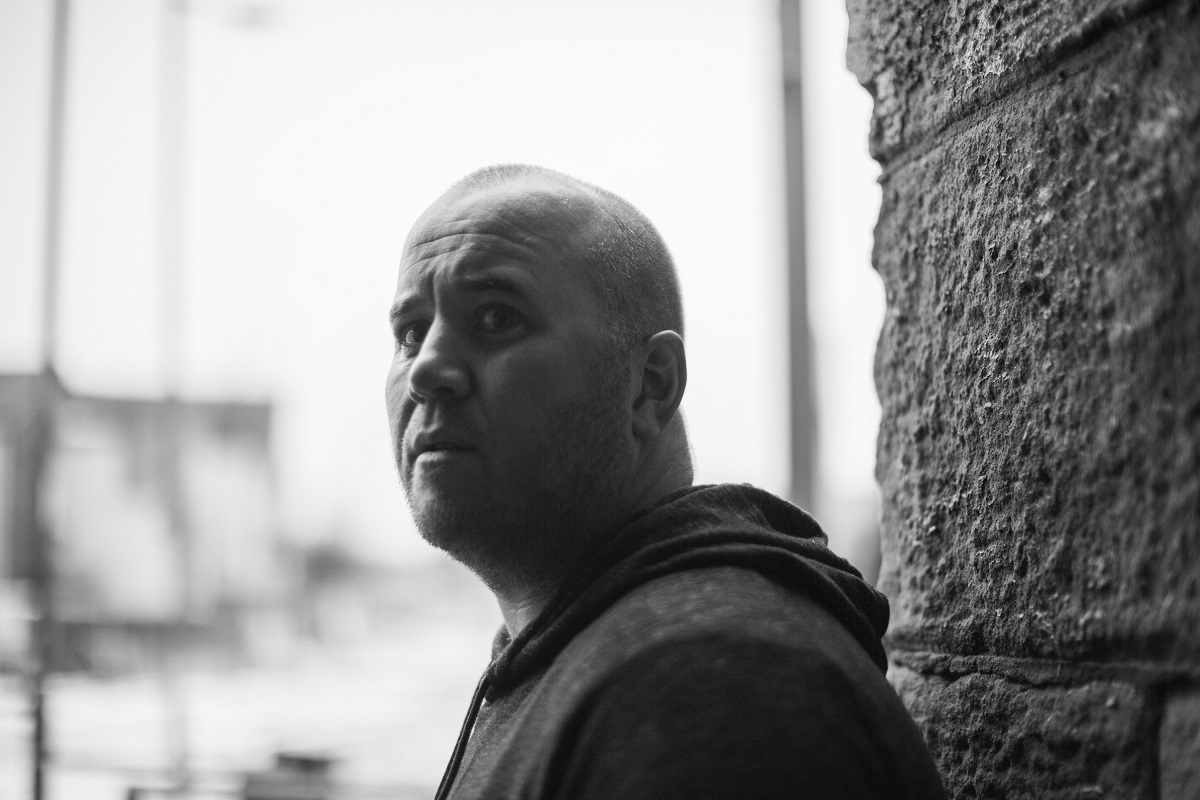 When Jesus arrived in Jerusalem he went straight to the temple.
The temple was the heart of Jewish religion and the pride of Israel. Yet Jesus entered this glorious building as if it belonged to him, as if he’d come back home and found his house in a mess.

He started clearing people out and condemned the commercialism he found there. Many were amazed and many were appalled. ‘What gives you the right to do this?’ was the obvious question. Even some of his followers began to think he was taking things too far.

The authorities who had been determined to kill Jesus for a long time were delighted when Judas, one of the twelve, came to them with his offer of betrayal.

From that point, the events Jesus had predicted were quick to unfold.

‘“I will strike the shepherd,
and the sheep will be scattered.”

28 But after I have risen, I will go ahead of you into Galilee.’

30 ‘Truly I tell you,’ Jesus answered, ‘today – yes, tonight – before the cock crows twice you yourself will disown me three times.’

31 But Peter insisted emphatically, ‘Even if I have to die with you, I will never disown you.’ And all the others said the same.

Jesus warns his friends yet again of coming events. He quotes a prophecy telling of a time when God will strike down his appointed king in judgement, scattering his people like sheep without a shepherd.

Why, of all Jesus’ predictions, will this one be especially hard for his friends to accept?

How does Peter react to Jesus’ warning? Describe your impressions of Peter from here and from what we saw of him in study D.

32 They went to a place called Gethsemane, and Jesus said to his disciples, ‘Sit here while I pray.’ 33 He took Peter, James and John along with him, and he began to be deeply distressed and troubled. 34 ‘My soul is overwhelmed with sorrow to the point of death,’ he said to them. ‘Stay here and keep watch.’

35 Going a little farther, he fell to the ground and prayed that if possible the hour might pass from him. 36 ‘Abba, Father,’ he said, ‘everything is possible for you. Take this cup from me. Yet not what I will, but what you will.’

37 Then he returned to his disciples and found them sleeping. ‘Simon,’ he said to Peter, ‘are you asleep? Couldn’t you keep watch for one hour? 38 Watch and pray so that you will not fall into temptation. The spirit is willing, but the flesh is weak.’

39 Once more he went away and prayed the same thing. 40 When he came back, he again found them sleeping, because their eyes were heavy. They did not know what to say to him.

41 Returning the third time, he said to them, ‘Are you still sleeping and resting? Enough! The hour has come. Look, the Son of Man is delivered into the hands of sinners. 42 Rise! Let us go! Here comes my betrayer!’

Jesus goes with his friends to a quiet olive grove called Gethsemane, a short walk from Jerusalem. While praying, Jesus again speaks of a cup he has to drink.

As we’ve seen (study E), this image is strongly associated with the experience of suffering under God’s judgement. Yet in the same prayer Jesus addresses God with remarkable intimacy as ‘Abba’ (the informal term for ‘Father’ in Aramaic).

Many people throughout history have faced death heroically, with great composure, yet Jesus is ‘overwhelmed with sorrow’. What might Jesus be about to experience that so completely overwhelms him?

Despite his sorrow, how does Jesus nevertheless demonstrate courage in this moment of trial?

How does Jesus’ internal struggle compare with his friends’ struggle to support him in prayer in his hour of need?

43 Just as he was speaking, Judas, one of the Twelve, appeared. With him was a crowd armed with swords and clubs, sent from the chief priests, the teachers of the law, and the elders.

44 Now the betrayer had arranged a signal with them: ‘The one I kiss is the man; arrest him and lead him away under guard.’ 45 Going at once to Jesus, Judas said, ‘Rabbi!’ and kissed him. 46 The men seized Jesus and arrested him. 47 Then one of those standing near drew his sword and struck the servant of the high priest, cutting off his ear.

48 ‘Am I leading a rebellion,’ said Jesus, ‘that you have come out with swords and clubs to capture me? 49 Every day I was with you, teaching in the temple courts, and you did not arrest me. But the Scriptures must be fulfilled.’ 50 Then everyone deserted him and fled.

51 A young man, wearing nothing but a linen garment, was following Jesus. When they seized him, 52 he fled naked, leaving his garment behind.

Jesus knows full well of Judas’ betrayal and of the arrest that will follow, yet he doesn’t resist the guards or even Judas’ kiss. Why do you think Jesus allows himself to be treated this way?

Jesus before the Sanhedrin

53 They took Jesus to the high priest, and all the chief priests, the elders and the teachers of the law came together. 54 Peter followed him at a distance, right into the courtyard of the high priest. There he sat with the guards and warmed himself at the fire.

55 The chief priests and the whole Sanhedrin were looking for evidence against Jesus so that they could put him to death, but they did not find any. 56 Many testified falsely against him, but their statements did not agree.

57 Then some stood up and gave this false testimony against him: 58 ‘We heard him say, “I will destroy this temple made with human hands and in three days will build another, not made with hands.”’ 59 Yet even then their testimony did not agree.

60 Then the high priest stood up before them and asked Jesus, ‘Are you not going to answer? What is this testimony that these men are bringing against you?’ 61 But Jesus remained silent and gave no answer.

Again the high priest asked him, ‘Are you the Messiah, the Son of the Blessed One?’

62 ‘I am,’ said Jesus. ‘And you will see the Son of Man sitting at the right hand of the Mighty One and coming on the clouds of heaven.’

63 The high priest tore his clothes. ‘Why do we need any more witnesses?’ he asked. 64 ‘You have heard the blasphemy. What do you think?’

They all condemned him as worthy of death. 65 Then some began to spit at him; they blindfolded him, struck him with their fists, and said, ‘Prophesy!’ And the guards took him and beat him.

How does Mark describe the trial? Is it fair?

The trial turns on the one question that Jesus breaks his silence to answer. The high priest, obviously frustrated by the lack of progress, rises to his feet and presses Jesus directly: ‘Are you the Messiah, the Son of God?’ It is this question of his identity that has been at the very heart of Mark’s account since the beginning.

For the first and only time in the Gospel, Jesus gives an undeniably clear answer.

Jesus stands on trial before his enemies, betrayed and abandoned by his friends. Why do you think he chooses this, of all moments, to be open about the truth of his identity?

Blasphemy means mocking or misrepresenting God. Anyone who claimed to be divine was automatically judged to be guilty of it. Is Jesus guilty of the charge? What is the irony here if Jesus is telling the truth?

Mark now focuses again on the story of Peter, having left him earlier (verse 54) outside the trial, warming himself by a courtyard fire.

66 While Peter was below in the courtyard, one of the servant-girls of the high priest came by. 67 When she saw Peter warming himself, she looked closely at him.

‘You also were with that Nazarene, Jesus,’ she said.

68 But he denied it. ‘I don’t know or understand what you’re talking about,’ he said, and went out into the entrance.

69 When the servant-girl saw him there, she said again to those standing round them, ‘This fellow is one of them.’ 70 Again he denied it.

After a little while, those standing near said to Peter, ‘Surely you are one of them, for you are a Galilean.’

71 He began to call down curses, and he swore to them, ‘I don’t know this man you’re talking about.’

72 Immediately the cock crowed the second time. Then Peter remembered the word Jesus had spoken to him: ‘Before the cock crows twice you will disown me three times.’ And he broke down and wept.

What similarities are there between Jesus’ and Peter’s experiences? How do their experiences and responses under trial contrast?

Mark tells us that, when he remembered Jesus’ words, Peter broke down and wept. Does it surprise you that Peter was so unaware of his weakness before this moment (verses 29 and 31)? How easy/difficult do you find it to sympathise with Peter?

On the face of it, Jesus is the one who stands condemned. According to Jesus, however, it is everyone else who is on trial. Peter and the disciples thought that they could protect and defend Jesus, but when put to the test they ran away and denied him.

The Sanhedrin thought that they had the right to judge Jesus, but Jesus tells them that he is, in fact, their judge. Though the priests accused Jesus of blasphemy, it was they who mocked and spat at the one who sits at the right hand of God.

What impressions of Jesus do these episodes leave you with?

Got questions about human nature?