‘Increasingly, we become so secure in our bubbles that we accept only information, whether true or not, that fits our opinions, instead of basing our opinions on the evidence that’s out there.’
Barack Obama during his farewell address

Obama uses the word ‘bubble’ to refer to a situation that is isolated from reality, in which you only experience opinions you agree with, or people who are similar to you.

Do you see any evidence of this in people today? To what extent do you feel you live in a ‘bubble’? 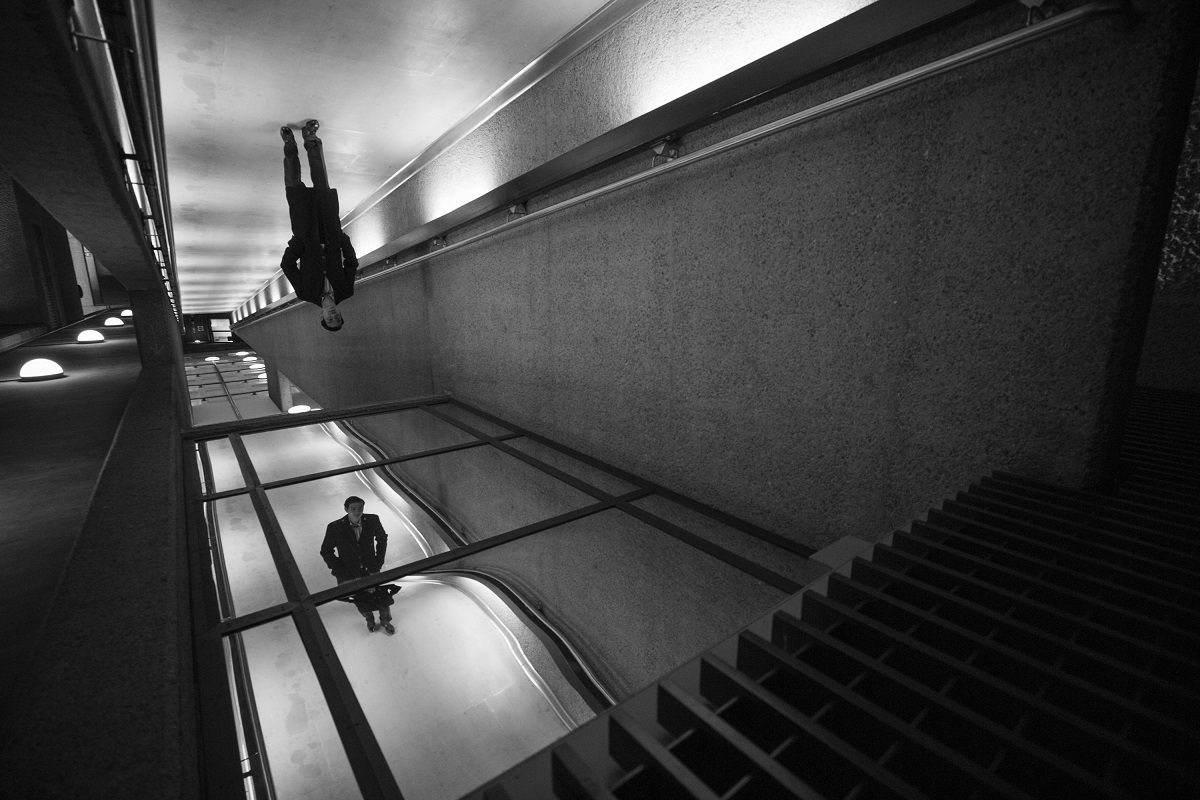 Jesus was not the only one talking about the kingdom of God.

The Jews of Jesus’ day were fed up with life under Roman occupation and were looking for change. ‘No king but God!’ was the religious and politically charged slogan on the streets. Someday soon, they believed, the promised Messiah – the saviour king – would come to bring justice and deliverance for Israel.

But everyone agreed that before that time came there would need to be spiritual reform. Religious laws, holy days and fasts must be strictly observed. Before they could hope for God’s rescue they must prove to God, by their religious observances, that they were worthy of it.

In Mark’s next set of quick-fire snapshots, we meet the Pharisees – a highly respected religious group. Of all the Jewish groups, they are the most committed to keeping the laws and the most earnest in their desire to see God’s kingdom come. How will they respond to Jesus? He claims to be the very one they are waiting for, but, as will become clear, he doesn’t exactly fit their profile.

Will they be open to having their ideas challenged, or will they react in defence of their traditions?

2 A few days later, when Jesus again entered Capernaum, the people heard that he had come home. 2 They gathered in such large numbers that there was no room left, not even outside the door, and he preached the word to them. 3 Some men came, bringing to him a paralysed man, carried by four of them. 4 Since they could not get him to Jesus because of the crowd, they made an opening in the roof above Jesus by digging through it and then lowered the mat the man was lying on. 5 When Jesus saw their faith, he said to the paralysed man, ‘Son, your sins are forgiven.’

6 Now some teachers of the law were sitting there, thinking to themselves, 7 ‘Why does this fellow talk like that? He’s blaspheming! Who can forgive sins but God alone?’

8 Immediately Jesus knew in his spirit that this was what they were thinking in their hearts, and he said to them, ‘Why are you thinking these things? 9 Which is easier: to say to this paralysed man, “Your sins are forgiven,” or to say, “Get up, take your mat and walk”? 10 But I want you to know that the Son of Man has authority on earth to forgive sins.’ So he said to the man, 11 ‘I tell you, get up, take your mat and go home.’ 12 He got up, took his mat and walked out in full view of them all. This amazed everyone and they praised God, saying, ‘We have never seen anything like this!’

The friends of the paralysed man took extreme measures to get him in front of Jesus! What does this say about their expectations of what Jesus would do?

Jesus’ first response wasn’t what they were expecting (verse 5). How might the paralysed man and his friends have reacted to what Jesus said? How might Jesus’ words have challenged their understanding of what was most important?

Mark doesn’t record the response of the paralysed man. Instead, he focuses on the reaction of the religious scholars who were present in the crowd.

Blasphemy means making a mockery of God, and religious people see it as one of the worst sins. Why were the teachers of the law so offended by Jesus’ words?

Consider Jesus’ question to the Pharisees (verse 9). How did Jesus demonstrate his authority to do what only God can do? What do you make of this claim?

The next controversy is over Jesus’ social circle. Tax officials worked for the Roman occupiers in taxing their fellow Jews. As a result they were hated as traitors to their people and to God. Furthermore, they were well known for their corruption and greed.

13 Once again Jesus went out beside the lake. A large crowd came to him, and he began to teach them. 14 As he walked along, he saw Levi son of Alphaeus sitting at the tax collector’s booth. ‘Follow me,’ Jesus told him, and Levi got up and followed him.

17 On hearing this, Jesus said to them, ‘It is not the healthy who need a doctor, but those who are ill. I have not come to call the righteous, but sinners.’

In that society, sharing a meal was of deep social significance. Every religious Jew knew who they were allowed to eat with and who they weren’t. What point was Jesus making by eating with Levi and his friends (verse 17)?

Why do you think it mattered to the Pharisees who Jesus was friends with?

Jesus’ reply had a strong hint of sarcasm. How was he challenging the Pharisees’ attitudes?

The next dispute arises because Jesus and his friends are not fasting like other groups. People fasted to show they were sorry for their sin, in the hope that God would forgive them and restore his favour. Jesus’ response is at first puzzling and then shocking in its implications…

19 Jesus answered, ‘How can the guests of the bridegroom fast while he is with them? They cannot, so long as they have him with them. 20 But the time will come when the bridegroom will be taken from them, and on that day they will fast.

One of the most daring images used in the Jewish Bible to describe God’s relationship with his people was that of a loving husband separated from an unfaithful wife. Despite their repeated betrayals, God had promised to one day forgive his people and restore the relationship forever:

Considering this background, what might Jesus be claiming about himself in verse 19?

Jesus follows this with two images highlighting the mistake of trying to make new things fit in with old worn-out structures (verses 21–22). What point could Jesus be making to his religious critics?

The next issue is the Sabbath. This was a Jewish holy day, which involved complete rest from work. This day of rest each week was meant to be a foretaste of a future time when hardship, suffering and sadness would end and the world would experience true rest forever.

For the Pharisees, however, the Sabbath had become, like fasting, yet another way of proving themselves to God. In the story before this (Mark 2:23–28) Jesus had boldly claimed to be ‘Lord of the Sabbath’. Was he the one who would at last bring true rest to a hurting world?

Jesus heals on the Sabbath

3 Another time Jesus went into the synagogue, and a man with a shrivelled hand was there. 2 Some of them were looking for a reason to accuse Jesus, so they watched him closely to see if he would heal him on the Sabbath. 3 Jesus said to the man with the shrivelled hand, ‘Stand up in front of everyone.’

4 Then Jesus asked them, ‘Which is lawful on the Sabbath: to do good or to do evil, to save life or to kill?’ But they remained silent.

5 He looked around at them in anger and, deeply distressed at their stubborn hearts, said to the man, ‘Stretch out your hand.’ He stretched it out, and his hand was completely restored. 6 Then the Pharisees went out and began to plot with the Herodians how they might kill Jesus.

Jesus is reluctant to be known as a miracle worker (see study A), yet this healing is both very public and deliberately controversial. What reasons might Jesus have had for healing on the Sabbath?

The Pharisees refuse to answer Jesus’ question (verse 4). How does Jesus respond to their silence?

Jesus’ challenge to the Pharisees results in their making plans with the political authorities (the Herodians) to see Jesus destroyed. Jesus was saving a life; they were plotting to kill.

How would you summarise what Jesus is claiming about himself through these snapshots? Why do you think it was so hard for the Pharisees to accept?

Jesus was exploding the categories and expectations of his day. By forgiving sins and welcoming those seen as unholy, Jesus was doing what only God had the right to do. By replacing fasts with feasting and using the Sabbath for healing, Jesus was refocusing humanity’s hopes for a better world upon himself. The Pharisees could see what was at stake. It just couldn’t be true. Jesus had to be silenced.

What do you think is the difference between honest doubt about new ideas and a stubborn reluctance to change one’s beliefs?

How would Jesus challenge your own beliefs and priorities, if what he claimed were true?

Got questions about sin?