Ernest Hemingway began a story set in Madrid with a joke about the popular name Paco:

‘A father…inserted an advertisement in the personal columns of El Liberal which said: PACO MEET ME AT HOTEL MONTANA NOON TUESDAY ALL IS FORGIVEN PAPA … a squadron of Guardia Civil had to be called out to disperse the 800 young men who answered the ad.’

Have you ever sought forgiveness?

Why do you think the message ‘all is forgiven’ has such broad appeal?

As we’ve seen, Jesus consistently attracted those considered to be unrespectable and irreligious – the outcasts and ‘sinners’. His popularity with such people added to the religious establishment’s growing dislike of Jesus and concern about his teaching.

It is this resentment that serves the context for three of Jesus’ most famous stories. The common theme of each parable is God’s desire to find those who are lost from him. Jesus likens God to an impoverished woman who has lost a coin, a shepherd who has lost a sheep and finally a father who has lost his son. This last parable offers the most pointed criticism of the religious leadership. It is a story not just about a lost son but about the lost son’s respectable older brother.

The parable of the lost sheep

15Now the tax collectors and sinners were all gathering round to hear Jesus. 2 But the Pharisees and the teachers of the law muttered, ‘This man welcomes sinners, and eats with them.’

3 Then Jesus told them this parable: 4 ‘Suppose one of you has a hundred sheep and loses one of them. Doesn’t he leave the ninety-nine in the open country and go after the lost sheep until he finds it? 5 And when he finds it, he joyfully puts it on his shoulders 6 and goes home. Then he calls his friends and neighbours together and says, “Rejoice with me; I have found my lost sheep.” 7 I tell you that in the same way there will be more rejoicing in heaven over one sinner who repents than over ninety-nine righteous people who do not need to repent.

From what you’ve seen of Jesus so far, why do you think outcasts and ‘sinners’ are so attracted to him?

The parable of the lost son

11 Jesus continued: ‘There was a man who had two sons. 12 The younger one said to his father, “Father, give me my share of the estate.” So he divided his property between them.

13 ‘Not long after that, the younger son got together all he had, set off for a distant country and there squandered his wealth in wild living. 14 After he had spent everything, there was a severe famine in that whole country, and he began to be in need. 15 So he went and hired himself out to a citizen of that country, who sent him to his fields to feed pigs. 16 He longed to fill his stomach with the pods that the pigs were eating, but no one gave him anything.

17 ‘When he came to his senses, he said, “How many of my father’s hired servants have food to spare, and here I am starving to death! 18 I will set out and go back to my father and say to him: Father, I have sinned against heaven and against you. 19 I am no longer worthy to be called your son; make me like one of your hired servants.” 20 So he got up and went to his father.

‘But while he was still a long way off, his father saw him and was filled with compassion for him; he ran to his son, threw his arms round him and kissed him.

21 ‘The son said to him, “Father, I have sinned against heaven and against you. I am no longer worthy to be called your son.”

22 ‘But the father said to his servants, “Quick! Bring the best robe and put it on him. Put a ring on his finger and sandals on his feet. 23 Bring the fattened calf and kill it. Let’s have a feast and celebrate. 24 For this son of mine was dead and is alive again; he was lost and is found.” So they began to celebrate.

The younger son makes a shocking request of his father. What does this imply about how the son views his father?

Respect for elders is part of the fabric of traditional Middle Eastern society. How do you think a father would have been expected to respond to such a request in this context?

How does the father respond? What will this have cost the father?

Eventually the son decides to return home.
What leads the son to make this decision?

How does the son plan to rebuild his burnt bridges and make amends with his father?

The father doesn’t respond according to the son’s plan. What are the differences in the way the father and the son approach acceptance?

Distinguished Middle Eastern patriarchs didn’t run. Slaves and children ran, but not old men. Yet Jesus tells us that while the son was ‘still a long way off’ the father ran to meet him, and embraced and kissed him.

Jesus makes it clear that the father in the story represents God. What is Jesus teaching about God’s perspective on those who are lost from him?

All of the father’s actions testify to complete forgiveness and restoration of the son. The cloak covers over the shame of the son’s rags. The ring shows he is part of the family again. The shoes, likewise, show him to be a son not a servant. The lavish feast displays to the whole community that the son’s return is to be marked by joy and celebration not, as would be expected, by shame and retribution.

25 ‘Meanwhile, the elder son was in the field. When he came near the house, he heard music and dancing. 26 So he called one of the servants and asked him what was going on. 27 “Your brother has come,” he replied, “and your father has killed the fattened calf because he has him back safe and sound.”

28 ‘The elder brother became angry and refused to go in. So his father went out and pleaded with him. 29 But he answered his father, “Look! All these years I’ve been slaving for you and never disobeyed your orders. Yet you never gave me even a young goat so I could celebrate with my friends. 30 But when this son of yours who has squandered your property with prostitutes comes home, you kill the fattened calf for him!”

31 ‘“My son,” the father said, “you are always with me, and everything I have is yours. 32 But we had to celebrate and be glad, because this brother of yours was dead and is alive again; he was lost and is found.”’

The older son is furious about his father’s acceptance of his younger brother. How do his words and actions display his anger towards his father?

Why do you think he is so angry? To what extent can you sympathise with him?

We now come to the punchline of the story. By refusing to go in to the party, the older son forces his father to leave the feast he is hosting and plead with him to come in. First the rebellious son disgraces his father, and now the respectable and dutiful older son does the same.

What does verse 29 reveal about other ways in which the older son is like his younger brother? What does the older son want from his father? What is the basis on which he seeks to relate to him?

The author Tim Keller reflects that Jesus’ parable shows both sons to be lost:

The hearts of the two brothers were the same… Neither son loved the father for himself. They both were using the father for their own self-centered ends rather than loving, enjoying and serving him for his own sake. This means you can rebel against God and be alienated from him either by breaking his rules or by keeping all of them diligently.
Jesus does not divide the world into good people and bad people. Each one of us resists God and seeks our own ends and, equally, each one of us is loved by God and invited back into an intimate, joyful, satisfying relationship with him, likened to the great feast in the parable.

What were the barriers to each son coming home to the feast? Do any of these barriers resonate with you? 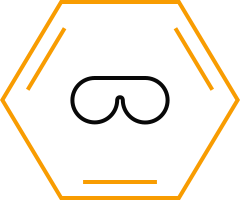 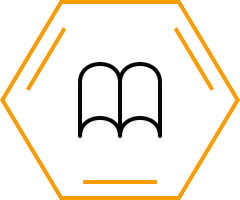